A group of 50 or so children, aged 7/8 attend the first workshop session. This is a recap from the 1st workshop:

Research suggests that the more confident teachers are with the technology, the greater their 'ability to inspire children with physical computing'. 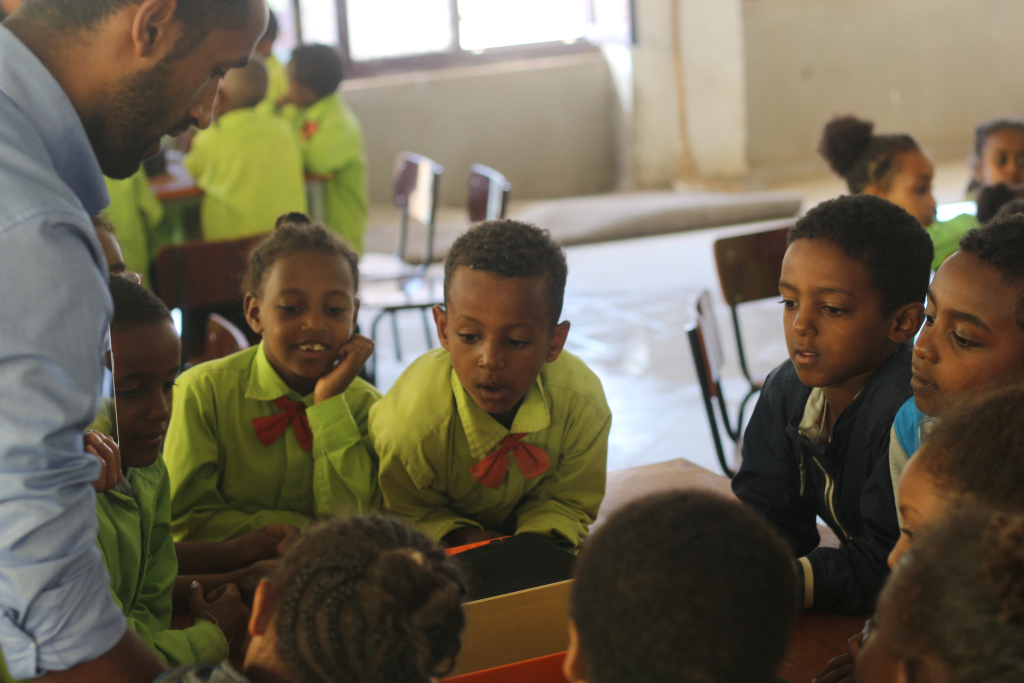 The laptops were rebooted in preparation and re-assembled beforehand. This is a timely process (assembling and rebooting after each session) but it provides a better experience for the kids to build the laptops and attempt the command prompts, witnessing their creation come to life, versus just interacting with a laptop.

Grouped into four tables, the kids built each Kano laptop. Teachers, who had been previously trained, worked through the manual step-by-step.

Confident teachers explained each device for example ‘this is the power board or this is the battery’ and asked kids to find it in the pack and assemble it accordingly. They explained what each wire did i.e. ‘sends information from the computer to the screen’ and double-checked kids understood this using prompts or asking them at the end.

Less confident teachers rushed through the pack and explained what they were doing as they went along. Myself and other helpers made sure to go around and suggest they let the kids do it themselves, especially as the kids were enthusiastic try.

All tables built the laptop successfully. Children were especially engaged when the computer switched on and asked them commands i.e. ‘say hello’ or ‘type cd rabbithole’. Every child took a turn on using the keyboard as the laptop was passed around.

I imagine it would be a richer experience if each child had one laptop versus one laptop for 10 kids. With that said, the kids collaborated and helped each other notice typing errors or to push a USB device in. 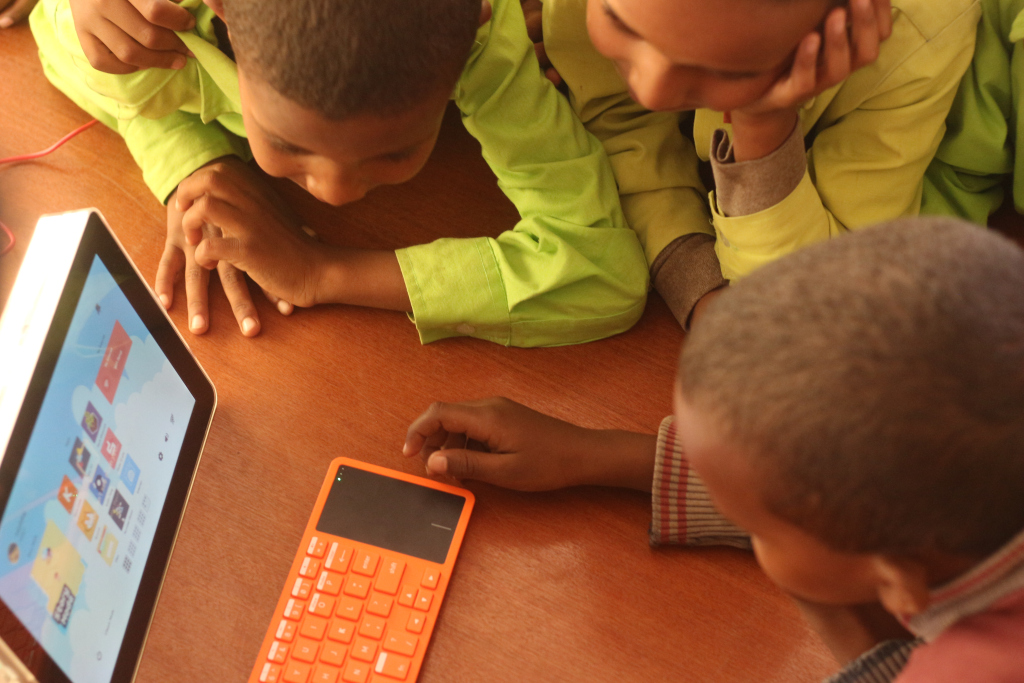 Kano computer kit
One group managed to follow the ‘Make Art’ activities but due to time constraints, we then moved onto the Merge products. 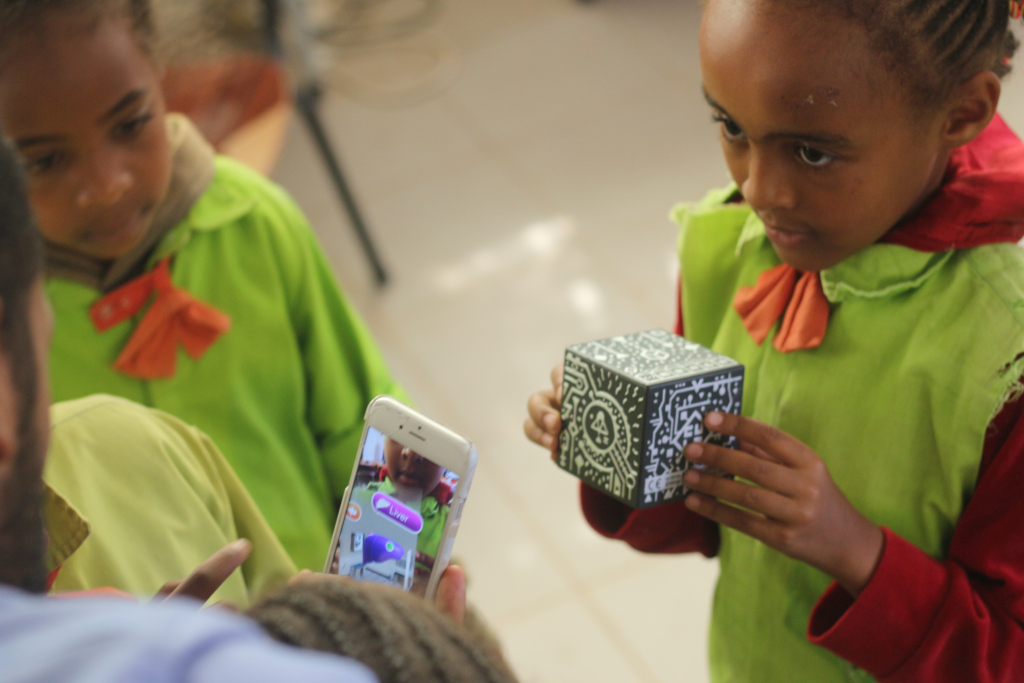 MERGE Augmented Reality app showcasing organs in the human body
Some students volunteered to try the virtual reality headsets. We used the Google expeditions application with pre-downloaded content. We used the ‘7 Wonders of the world feature’.

Teachers asked kids what they wanted to see i.e. ‘Do you want to go visit China or India or Mexico etc?’. Kids chose their preference and interacted with the VR headset.

MERGE Augmented Reality app showcasing our solar system
This was their first introduction into AR/VR so some kids seemed nervous especially when the image was from high view, as one was cautious. The teachers did a fantastic job in comforting anyone nervous by holding their hands as they placed the headset on.

Teachers asked ‘What do you see? Describe it to me’ and the children would go onto great descriptions of the Great Wall of China or the Colosseum in Rome.

Students loved the VR headset and I am desperate to install the apps on their phones so more students can use the headsets (once connected to ShareIt).

When the kids were instructed to head by to their neighboring school, they seemed sad to leave, continuing to play with the devices.

The kids were enthusiastic, engaged and wanted to learn more/use the devices. It was an incredible privilege to watch them and sit amongst these badass engineers.

We did not have enough time to test the micro:bits, which has now been prioritised for an older grade group tomorrow. I am keen however to try get a class of 7/8 year olds to use them- so this is still pending.