Kano is a ‘computer anyone can make’ aimed at 6-13 year olds. The London startup was founded by Alex and Saul Klein and Yonatan Raz-Fridman in 2012.

The Kano kit Kickstarter launched in 2013 and raised $1.5m, welcoming donations from 86 countries.

I have received a generous donation of four Kano Computer Kit Touch devices. 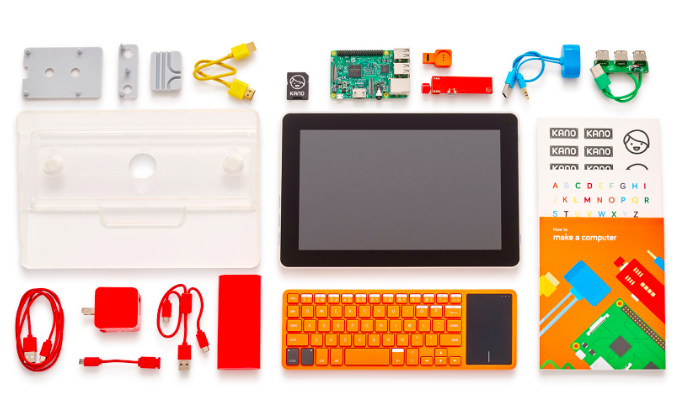 The kit includes a wireless keyboard, HD screen, battery, sound sensor and is powered by a Raspberry Pi.

An instruction manual is provided so makers can assemble the laptop.

The Computer Kit Touch costs for £229.99. The company also sell an interactive Harry Potter wand, a computer kit (without the screen), a pixel kit and a motion sensor kit.

I first heard of Kano whilst researching how Micro:bits are used around the world. I came across a British Council piece titled 'Creative computing in Bangladesh' where students participated in a free coding workshop, using both Kano kits and micro:bits.

The workshops were part of the Libraries Unlimited programme in Bangladesh, which seeks to improve 'information and knowledge'.

The survey indicated the 96% of children express interest in coding in the future, from a survey of 566 participants.

The workshops were successful and Libraries Unlimited will scale workshops to 64 district libraries by 2020.

Kano state that users receive a 'better enhanced' experience when connected to the internet. I will test the device without internet connectivity in the event that the Wi-Fi connection is poor or blacks out.