For our second workshop, junior students (aged 14/15) came to visit the centre. 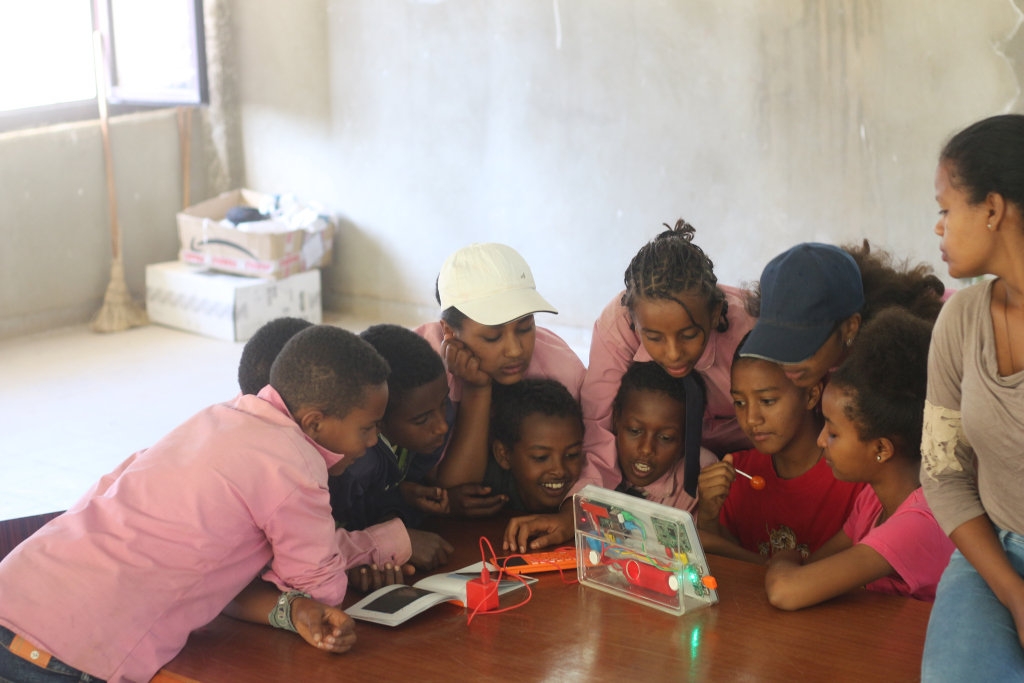 Junior workshop
The junior class enjoyed building the laptops. Students mentioned how exciting it was to have the laptop speak to them during the command session.

Students worked together to solve any syntax errors. They were enthusiastic to try compete against each other to build the laptop the fastest. Teachers tried to ensure that they understood the manual and what item was what / what function it held. They enjoyed the ‘lego’ features and almost treated it like a game.

Two girls at the end of the class asked if they could do it again and that they are interested in becoming engineers in the future (which made my heart dance).

I had to charge the laptops at home, which has solar power as a backup since electricity regularly doesn’t work here. Schools or centers should be supplied solar power or back-up generators to ensure that the children’s access to these devices are not hindered.

Students enjoyed the VR/AR applications the most of the three devices. They described the Taj Mahal and the Collseum in great depth and read out the information listed on the Galaxy Explorer Planet description.

Junior students were keen to spend more time with the VR than our younger audience the day prior. They walked around the classroom and were less nervous than the younger group. 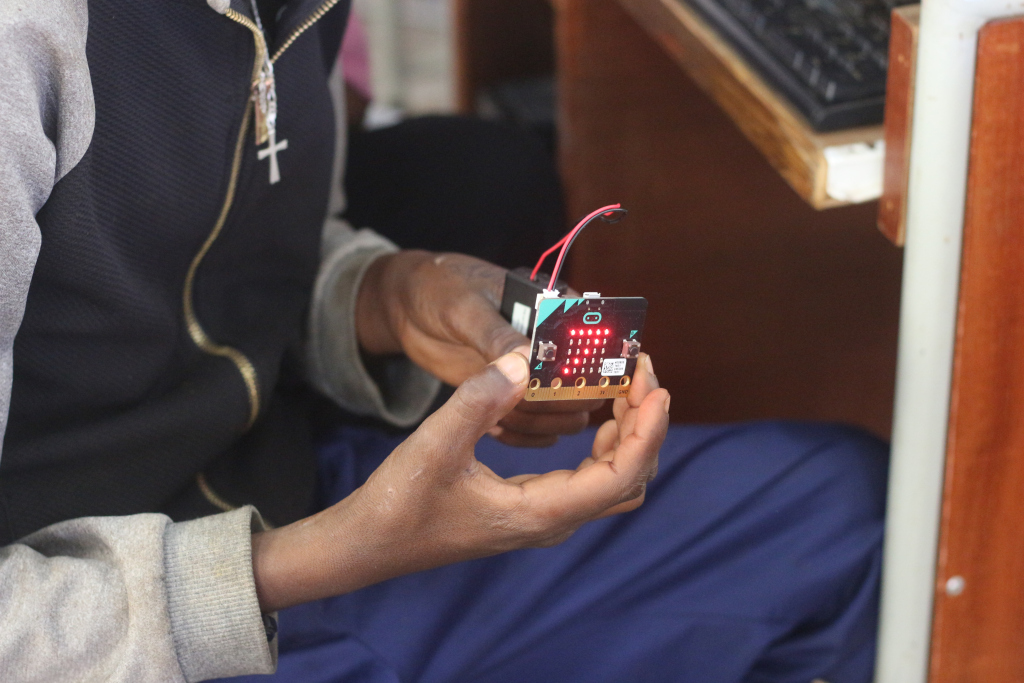 Junior workshop - coding a micro:bit dice
In lieu with research conducted by the University of Gothenburg, the students were largely consumers of the product. They copied the following instructions i.e. dice, name tag and coin toss. They found the name tags most enjoyable.

The students were grouped into two or three. As lessons progressed, I demonstrated the final product and asked them to make it themselves. Some were quick to do so and they were then assigned to help their colleagues.

Some found it difficult to follow through activities so it encouraged that they use the micro:bits in their own time to explore its’ capabilities.